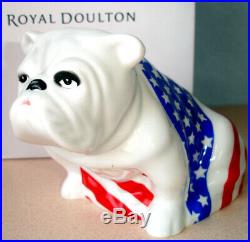 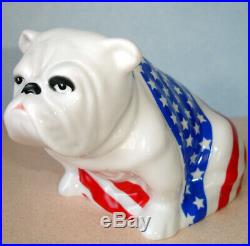 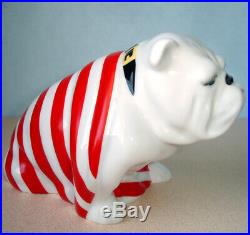 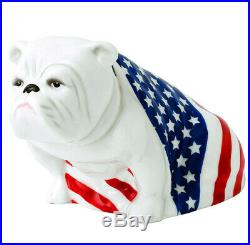 Royal Doulton Bulldog Sam Figurine #DD 004 This collectible is part of a series based on the iconic bulldogs originally designed by Charles Noke for Royal Doulton This is Sam, the Royal Doulton bulldog for the United States, named after "Uncle Sam", one of America's most familiar icons. Sam is hand painted in the stars and stripes of the American Flag. Crafted from white fine bone china with vibrant red and blue Measures approx. 4 " high x 6" wide Includes certificate of authenticity. Bears the Royal Doulton backstamp. Anyone who loves bulldogs, who is a.